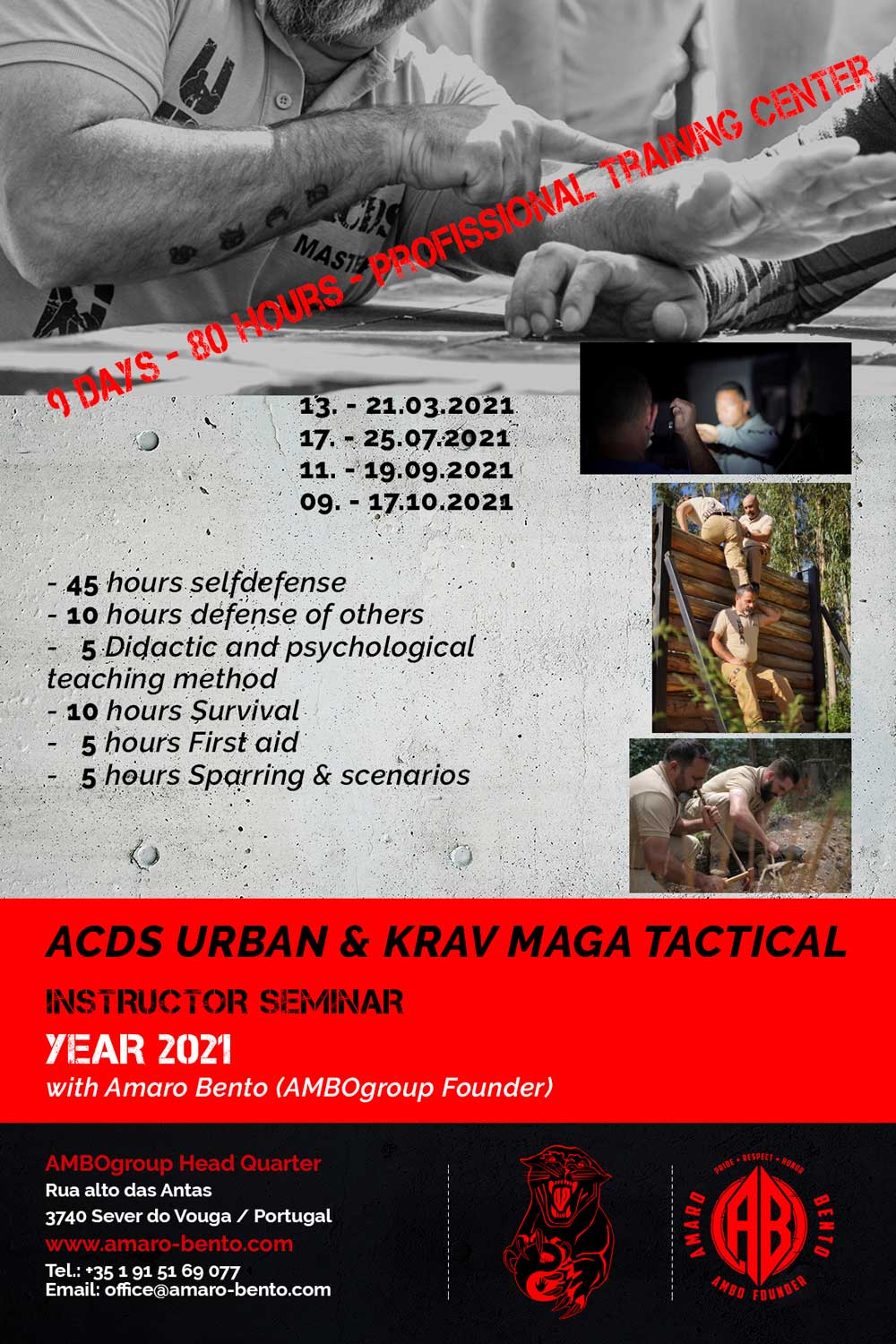 ACDS URBAN is a modern art to defende your self and others. ACDS Urban is part of the Ambo Combat and Defense System (ACDS) developed by Amaro Bento. It was created to allow civilians to defend themselves effectively or to protect third parties. We expect ACDS Urban to meet requirements that go beyond what is usually offered by traditional self-defense systems or martial arts.
more infos here

Krav Maga Tactical the Israeli defense system, is a modern way to defend yourself and third persons. Krav Maga Tactical stands for modern and practice-oriented self-defense and defense of third parties. You will learn how to behave correctly in all possible situations. KMT (like ACDS) claims to still function under stress, adrenaline and fear.
more infos here

Enroll in training courses with the founder of ACDS Ambo Combat and defense system and Krav Maga Tactical, Master Amaro Bento.
This formation will be take place in the HQ of the AMBOgroup in Portugal.

The AMBOgroup represents 22 schools in 4 countries. We stand for high quality and professionalism since 2001.

The course is given in English if there are different nationalities to participate. The trainer speaks Portuguese, English, French, German and Italian, the Spanish can understand and explain what it takes.